We had a low turnout last night due to some illness and some vacations, but we still had a good time. Seven players participated in the three strikes tournament Dan S., Dan I., Craig, Chris, Matt, Ron, and Tommy. Ron finished the night with an early exit coming in 7th place. Dan. I and Chris pulled out a tie for 5th place. Dan S. and Craig finished in a tie for 3rd place. Tommy edged Matt out in the finals on Amigo for his second monthly tournament victory of the year. Be sure to get down to MSA and check out Amigo before it leaves the store as Dan informed us that it has been sold. Also Olympic Hockey is playing awesome and out on the floor, it was included in last night’s tournament and had some heated battles. Before playing the game decide if you want to play for score or goals as a unique way to mix up the competition. Reminder that games for week 5 of Lafayette Pinball League are listed below and we will see you all there next Tuesday! 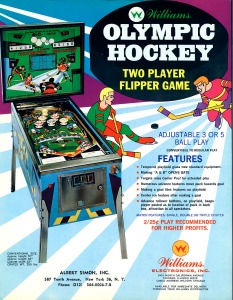