WOW! What a long, but great, weekend of pinball! A huge huge huge thank you to Dan at Main Street Amusements for providing us with an absolutely amazing location to host this tournament. Another big thank you from me to all of you who came out and played this past weekend. We had players from Indiana, Michigan, Illinois, Ohio, Kentucky, Wisconsin, Georgia, Alabama, and Texas! The tournament featured 4 players in the IFPA top 100, 12 total in the top 300, 2 brand new players to the IFPA, and a bit of everything in between. Overall I felt like the event ran very smooth from start to finish, and I greatly appreciate the respectful behavior demonstrated by all the players over the course of the weekend. Here is the Match Play link to the results from Saturday’s 7 rounds of qualifying.

Congrats to our repeat champion Trent Augenstein! Fred Richardson who got into the tournament late from the waitlist ended up in 2nd. Sunshine Bon visiting all the way from Atlanta came in 3rd, and the young gun from Chicago, Zachary Parks nearly upset the world coming in 4th.

In B division Art Dodd, who narrowly missed out on playing in A division losing a 4 player tie-breaker on Saturday, got his revenge by claiming the B victory. He was followed up by Lafayette Pinball League’s own Keith Alyea (who was going to skip the tournament to BBQ some chicken), with former IFPA Indiana SCS Champion Brad Smith coming in 3rd, and Northwest Indiana Pinball League’s Steven Schulz coming in 4th.

From Left to Right: Keith Alyea B Runner-Up, Art Dodd B champion, Trent Augenstein A Champion, Fred Richardson A Runner-Up. Not pictured Kurt John C Champion, and Dan Isaacson C Runner-Up. (My fault as I forgot to order their plaques on time, they will be shipped to them very soon though).

The C division title was claimed by Mr. Kurt John out of Indianapolis, trailed closely by another Lafayette native Dan Isaacson for a runner-up finish. Nate Luke out of Indy, moved up 10 spots from his 45th seeded position at the start to come in 3rd, and rounding out C was Chris Compton who swung by Indiana for some pinball on his way back to Atlanta after spending some time out west.

The final results can be seen on the Google Sheet below. The sheet scrolls top to bottom and each division is separated by a bold black line. Yellow highlighted players are those who advanced into winners bracket for round two. Green highlighted players are those who advanced to winners brackets for finals. The multicolored highlights all the way to the far right show final placements within each division.

As much fun as we all had on Saturday and Sunday, we also largely contributed to some good on Friday night. Main Street Amusements hosted a Hurricane Harvey Relief 3-Strikes Tournament. Surprisingly, to me at least, the vast majority of Mayhem participants showed up to play with 40 people total participating, and even cooler we had some people just make donations both in person and online. We were able to collect $547 to be donated to the Houston SPCA to help out with animals in the Houston area. EVEN BETTER Main Street Amusements matched and upped what we collected and will be donating $600 to the cause as well. 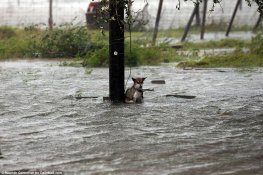 Again thank you to Dan and Main Street Amusements for hosting us all weekend, and thank you to everyone who came from far and wide to play this weekend. I truly hope you all enjoyed your visit to our town! If we have it again next year you are all invited back, well not Trent, but everyone else!